On Finding Your Sangha 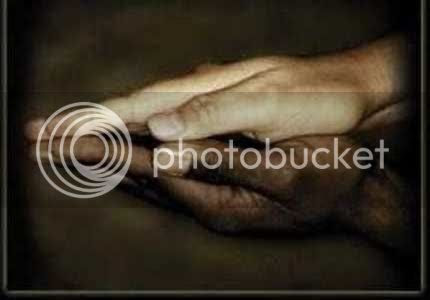 I found myself returning to a beautiful entry in the NYC Urban Mindfulness blog today, called Sangha In The City. A clinical psychologist was returning from a professional retreat, training in Mindfulness Based Stress Reduction, a very powerful program developed by Dr. Jon Kabat-Zinn. She speaks in her entry about the sangha: this term originates in the Buddhist tradition, to describe the community of practice in which a lay Buddhist or monk resides for support, encouragement, and motivation. But these days, the sangha doesn't only apply to Buddhists- it applies to anyone who has decided to take up formal (or even informal) mindfulness practice as part of their daily lives. Jennifer Egert, the author of the post, finishes her entry by looking at the concept of Sangha in the context of urban life:

In the city, Sangha can feel less explicit, but is present nonetheless. Sangha is here on Urban Mindfulness. It is at the Yoga studio or at the gym. It is in our spiritual communities and meditation groups. It is also at school, the dog run, the playground, in the book club, among friends and family. But like mindfulness practice, building Sangha in the city requires intention, nurturing, and openness. It also feels so important to supporting the effort to waken to life.

I started to think about the importance of the sangha, especially in this community-starved city. I think it is crucial to have others along for the ride, to lean on, to teach and to learn from. Ask yourself: where is my sangha?

For me, my sangha is Friday nights, when I get together with a group of neighbors and friends and their guests in a cozy Flatbush apartment, eat a healthy, home cooked, vegetarian meal, and read prayers and readings from a large variety of religious and poetic sources, then discuss over Turkish tea how we can use mindful awareness, spiritual investigation, and wisdom to lead more compassionate, peaceful, joyous lives. Last Friday, I taught someone about mindful walking, discussed the aesthetics of Prospect Park, and learned from an artist visiting the area that happiness is scientifically shown to improve our immune system.

That, in my opinion, has all the qualities of a sangha. There might not be any meditation cushions, but I leave feeling physically and spiritually nourished, and my meditation the next morning is all the more sweeter for it.

So, my question to you: where is your urban sangha?
(If you don't have one and can't find it, you are always welcome at mine.)
Posted by Ashley at 6:19 PM 1 comment:

On Mindlessness and Murder I have to admit, I've been a bit distressed this week. Last Sunday, there was a shooting on Parkside Avenue, right in my area. I think murder must be one of the most mindless acts one can take, to purposely seek out to take the life of a fellow human being. Being a vegetarian, I believe mindful living involves a sense of commitment to life, a recognition of our responsibility to protect it. But the concept of taking the life of another human being just baffles me. It seems to me that a person must be so swept up in their limited perspective, their motives and unchecked emotions, that they cannot see that they are acting out against their own species. That they are destructing the world they are a part of, and therefore, are destructing themselves.

So I'm upset, clearly. But what is causing my heart to ache the most is that this murder seemed to be relatively motiveless. A guy just walked by the coffee shop below my building and decided to shoot aimlessly into it a dozen someodd times and run away. The innocent kid who died seemed to have no connection to any of it. I've been trying to figure out what could possibly have led the man to do this. Was it gang initiation? Had he completely taken leave of his senses?

Whatever the case, let me make this completely clear: this is not the Flatbush I know. The Flatbush I know is a vibrant, beautiful neighborhood, with a real sense of community that is rare in New York City. And when something like this happens, it is all too easy to start to fear your surroundings, to associate the act with the place. And to say, "If this is the state of the community, of the world, how can I possibly be a part of it?"

But that's simply delusion. I am an intricate part of it. So, on that note, here is footage of the shooter casually strolling by my apartment and shooting into the Parkside Coffee and Donut. Sure, it's disturbing, but you can't see the victims from this angle, and by watching it Flatbush residents will be able to help go on community watch. Think of it as a mindfulness exercise.
Posted by Ashley at 1:49 PM No comments:

Friday night, I saw Thich Nhat Hahn speak at Beacon Theatre. Thich Nhat Hahn is a Zen master, and the founder of what is commonly known as engaged Buddhism, combining comtemplative practice with active service in the world. He calls this order of Buddhist practice Interbeing. Read more about him on Wikipedia; he is a very impressive and influencial person, and I greatly admire everything he has brought to the world. He's going to be 83 tomorrow, so I feel very blessed to have gotten to hear him speak.

The talk was fantastic. It was sponsored by the Omega Institute, which, personally, I find to be far too pricey for my budget, but if you can afford it, they offer a variety of meditation, yoga, and wellness retreats and classes in the city you might look into. Anyway, speaking of the name of the form of Buddhism he teaches, Interbeing, I find it astonishing how wide the scope of his vision is. He surprised me by spending a significant portion of time linking the Christian concept of the Kingdom of God to Buddhist teachings. "I don't think the Kingdom of God has to be such an abstract concept, necessarily," he said, "because in a way, I think you can touch this Kingdom in the here and now." In other words, we can experience real joy, real serenity, true understanding, simply through mindful awareness. He had a way of reframing things to make peace seem actually possible. I really recommend Being Peace as a good starter book to hear his simple, beautiful message.

And today, due to a previous commitment to having brunch with some friends this morning, I missed a day of mindfulness which occured, including a massive mindful walk through the Upper West Side. I found this blogger talking about their experience today.

Anyway, I hope their will be more beautiful souls like Thich Nhat Hahn to come in the future. We need more people to be aware of this need for a realization of our interconnectedness, of our mutual responsibility to the betterment of the world. Nhat Hahn sees plenty of suffering, damage and destruction around him, but he also sees himself an integral part of this broken world, and so are all of us. He actually wrote a poem about it called Call Me By My True Names that radically and intensely asserts his vision. I love this line:
"The rhythm of my heart is the birth and death
of all that is alive."

And he's right, if you ask me. If we cannot be emblems of peace and wellbeing ourselves, how are we ever going to bring peace and wellbeing to this world? A simple, powerful message. I hope he will visit us here in New York City again sometime. In the meantime, Barnes and Noble has plenty of his work on their shelves. Pick up a copy and maybe sip your Tazo tea a bit more mindfully. Compassion and peace are possible, even in this crazy city, but you might start with actually tasting your Starbucks beverage. And breathing.
Posted by Ashley at 6:26 PM No comments:

Having Dinner at the NYPL 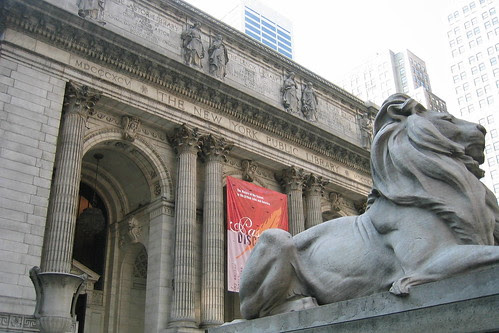 So, my husband is, eh... intelligent. He's a mathematical physicist. And something called a Newton Fellow. Which basically means for me that every year an organization hosts a black-tie dinner for the fellows at some ridiculous location, and has famous mathematicians, members of Presidential committees on science, and so forth come and talk about international progress in mathematics. Last year, they rented out Ellis Island. The year before that, it was at the Natural History Museum. This week, it was at the New York Public Library.

The impressive thing about these dinners and this organization for me, and the reason why its even making a blog entry here, is that the founder, Jim Simons, always gives a speech that has to do with competing in the world economy and keeping up with the technological advances of China and Japan. But what a Newton fellow actually does is simply teach middle schoolers mathematics in public schools, and get treated like royalty all the while both monetarily and in the form of golden beet salads with goat cheese and dark chocolate truffles. I was pondering on the founder's unique vision, and found myself deeply admiring the expansiveness of his perspective. He knows that real progress isn't possible without a strong foundation, and that lies in the education of children, so while what he is actually concerned with is international development and world economy, he's throwing all his money and energy at the core of the problem.

I think we all need to have this sort of expansive perspective. There's a quote from the Baha'i Faith that illustrates that well: "Let your vision be world embracing." This is intricately connected to mindfulness. That sort of is what mindfulness is, after all: breaking free from the boundaries of our limited world view, to view things as they are, rather than as we judge them to be- and to realize the interconnectedness of our world, and our personal responsibility to act mindfully while we are part of it, because we are, quite simply, always part of it, whether we like it or not.

In fact, the only thing that I think illustrates the interconnectedness of all things as the study and practice of mindfulness in everyday life, is actually mathematics. Because, well, it is the foundation of everything. There isn't a thing in this world that isn't founded in mathematics, and, while sadly I cannot grasp it at nearly the level necessary to see the immense and intricate beauty in it, I know it through my husband's deep, undying love for it. In fact, leaving the NYPL that evening, I said to him that the title of the popular book of one of his former teacher's, Brian Green, was pure poetry to me. "The Elegant Universe," I said to him. "Why is it that mathematicians sometimes put things so beautifully, so poignantly?" And he responded, "Funny you say that." And read a quote on the back of the book he had been given as a gift that evening:

"I have always felt that mathematics is a language like music. To learn it systematically, it is necessary to master small pieces and gradually add another piece and then another. In a sense, mathematics is like the classical Chinese language - very polished and very elegant. Sitting in a good mathematics lecture is like sitting in a good opera. Everything comes together." 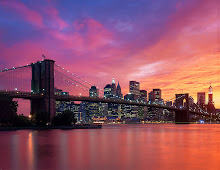